Over the past 30 years, parties in civil disputes have frequently turned to private arbitrations and mediations to resolve these disputes.  Clients frequently confuse these two important dispute resolution alternatives to judge and jury trials in the court system, and this confusion can often cause difficulties in the attorney-client relationship and in resolving disputes.

This article discusses the basic distinction between arbitration and mediation and offers some tips to those who may not be that familiar with these alternatives to adjudication of disputes in the judicial system.  In addition, we point out how private mediations and arbitrations usually arise and how parties use the arbitration process in creative ways to resolve difficult disputes.

Arbitration is an adversarial process in which a neutral third party (the arbitrator) is empowered to decide the outcome of a dispute.  Usually the arbitrator’s decision is binding on the parties and there is no right to an appeal.

In California, the arbitrator’s decision (”the award”) can be confirmed in Superior Court as a judgment that has the same force and effect as a judgment by a judge or jury, but (unlike a court judgment) a party’s right to appeal the judgment is strictly limited.

Mediation is “a process in which a neutral person or persons facilitate communication between the disputants to assist them in reaching a mutually acceptable agreement.”  Cal. Evidence Code § 1115 (a).  The mediator does not make decisions on who wins or who loses the dispute, and the mediation process does not produce a binding result, unless the parties agree to a settlement.

Given the significant differences between arbitration and mediation, it is crucial for lawyers and their clients to know and appreciate the distinction between these two dispute resolution methods.

For Arbitration – Think binding final decision to be made by arbitrator to end the dispute.

For Mediation – Think negotiation of a dispute in hopes settling it.  No decisions made by mediator.  Parties are free to walk away at any time.  You do not have to settle.  The mediation process is Confidential.

Both arbitrations and mediations usually arise by contract or in some other agreement between the parties.  Over the years, arbitrations have evolved in various ways and can arise in a variety of situations.

Arbitration by stipulation is based on a post-dispute agreement between the parties whereby they have agreed to arbitrate their dispute after it has arisen. The parties must then choose which set of rules and procedures to follow to guide the proceedings. Arbitration by stipulation is typically binding and the arbitrator’s award is final except for certain extraordinary circumstances.

Judicial arbitration is a statutory procedure in which the Court directs certain types of cases to nonbinding arbitration before trial. Court-ordered arbitrations are non-binding, meaning that either party who is dissatisfied with the arbitrator’s award may request a new trial. Since the process is non-binding, no party has given up any constitutional rights by engaging in this type of arbitration.  See also Mandatory Fee Arbitration to resolve attorney-client fee disputes provided in Business & Professions Code §§ 6200-6206 (non-binding arbitration conducted by State Bar or Local Bar Associations).

1 The definitions for “Arbitration” and “Mediation” and other related information above come from various sources, including the websites of ADR Services and JAMS, two leading alternative dispute resolution providers in Southern California. 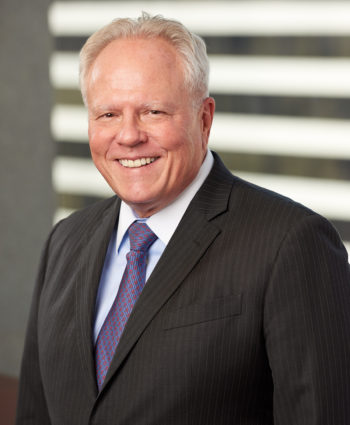